The Big Lockdown 2.0 Dilemma: What Will Happen To All The Unsold Party Clothes? 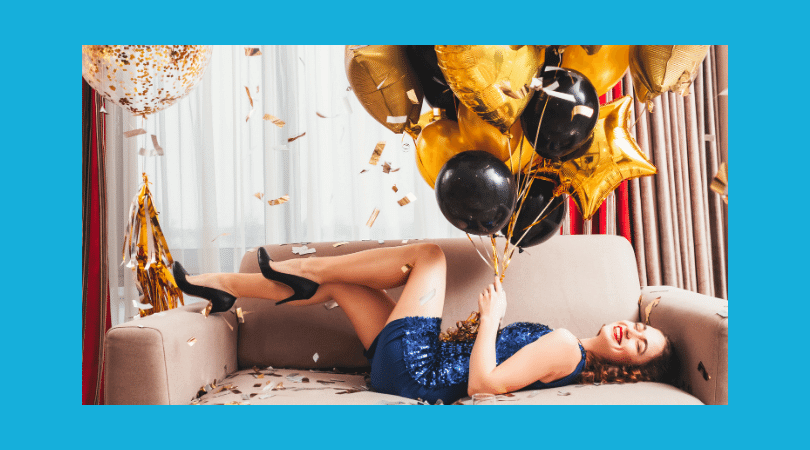 Silky, shin-length tunics in pale green, velvet mini-dresses as soft as a baby’s bottom, wonderfully impractical heels festooned with bows, and heavily embellished skirts. Party dressing is all about extravagance, sexiness and wearing something mood-lifting - but it is also a self-contained sector, with the clothes we buy for Christmas drinks or New Year’s Eve dinner rarely used outside of the festive season.

With glamorous eveningwear brands like Rixo and Worme pivoting to selling glossy pyjamas and silk face masks, retailers are doing everything they can to diversify, but what happens to all the unsold pieces now the closest we will get to an actual party is watching other people throw one on television?

Back in the spring and summer when brands were designing and commissioning winter collections, there were suggestions that the pandemic might be over by Christmas. Yes, that seems naive in retrospect, but it also means that while stores may well have fewer party-centric collections than usual, there will still be glittery dresses and vertiginous heels waiting to be sold at a time when most of us are buying pyjamas, leggings and thick jumpers.

With glamorous eveningwear brands like Rixo and Worme pivoting to selling glossy pyjamas and silk face masks, retailers are doing everything they can to diversify, but what happens to all the unsold pieces now the closest we will get to an actual party is watching other people throw one on television?

“Party dresses are higher value items so they need to tread carefully, says Anita Balchandani, a partner at McKinsey overseeing luxury and fashion. “I think we will see a combination of measures in the coming months. One of the most notable will be hibernating stock and keeping it until a much more customer relevant time to bring it back - most likely next Christmas but maybe before if the world recovers sooner than we think. It is one of the more popular routes and from a sustainability lens, it is certainly a relevant measure for brands to be thinking about.”

It makes sense, but there are a number of factors for brands to consider. Firstly, fashion changes over the course of 12 months  for youth-focused, trend-driven brands. Social media also makes it much more difficult for stores to resell a particular style, as users will pick up on it quickly. Which means that hibernating clothes usually works best for mid-range brands that appeal to a slightly older audience, like John Lewis, which has released a collection of pretty dresses that are timeless enough to roll over onto 2021.

However, a brand like John Lewis will have to consider the question of warehouse space, which has been at a premium all year as retailers across the board have been forced to put unsold goods into storage. Warehousing prices have risen and as a result, brands that manufacture overseas are asking factories to hold onto their collections until they decide to ship it to the UK in months, or even a year to come.

Although for retailers who feel their stock isn’t timeless enough - or who need the working capital now - there are other possible routes. One is major discounts at a time of year when retailers are rarely on sale, with the exception of Black Friday.

Up until this point, mark-downs have been widespread but not as vertiginous as some experts predicted - but if stores decide not to hold onto their party pieces until next year, we could see sales of up to 70 percent on dresses and heels. It has already begun on some platforms, with party clothes at M&S marked down by about 25 percent.

Alternatively, brands can collaborate with online outlet stores such as The Outnet for designer fashion and even TK Maxx for cheaper brands, sending entire collections there in the hopes of recuperating at least some of their costs without being forced to slash prices on their own websites.

There is also the option of the rental business. With the rental market booming and stores like Selfridges pushing it as part of a move to a green-friendly future, brands hoping to get on the renting bandwagon and prove their eco friendly credentials could use it as a way to offload parts of their unsold party inventory. Eveningwear also always does particularly well in this sector - or at least it did before the pandemic.

“I think quite a few brands might go down that route of thinking,” says Balchandani, “as we see that space is really growing. Overall we might start to see - through a spate of new measures like more outlet channels and online rental platforms - clothes from certain brands open up broader consumers. This broadening of their channel reach could even be an unexpected bonus.”

But while the pandemic rages on in Europe, we often forget that in many Asian countries in particular, Covid-19 was a problem that was largely solved earlier in the year. In cities filled with well-off shoppers, such as Hong Kong and Singapore, bars and restaurants are open and Christmas parties are likely to go ahead. China, even, has far fewer restrictions in place than the UK does, and savvy brands with a foothold in these countries still have time to send unsold stock to places where the months ahead will be far more festive than here.

In the meantime, we should still try and support the eveningwear brands we love, even if that means buying a face mask, so they can stay afloat until the day we are finally allowed to zip up a silk dress, slip on some heels and go out into the world again.