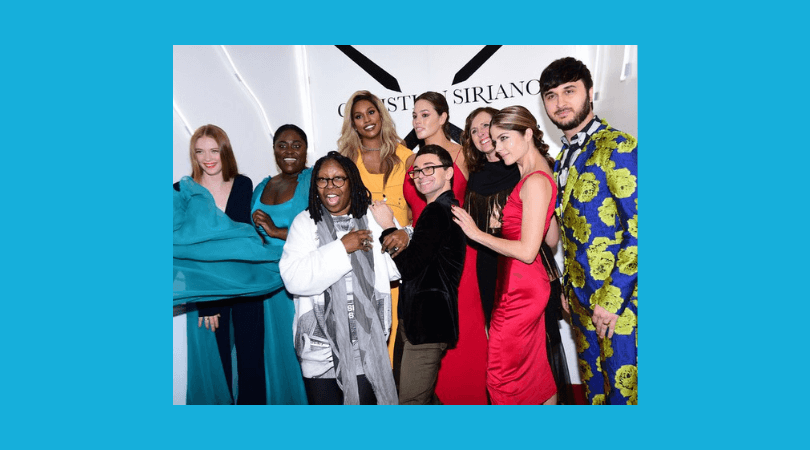 Christian Siriano has won huge amounts of acclaim in the past—not just for his gorgeous designs, but for his embrace of pretty much anyone who wants to wear his creations. In an industry still dominated by sample sizes (though it's slowly getting better), Siriano puts an emphasis on being size inclusive. As Fawnia Soo Hoo wrote for Glamour in February, "He's also managed to smash the mold of what a typical 'red-carpet moment' looks like. No matter your age or body type, if Siriano likes your work, he’ll want to dress you—a strategy that's proved successful with a broad range of celebrities and their stylists."