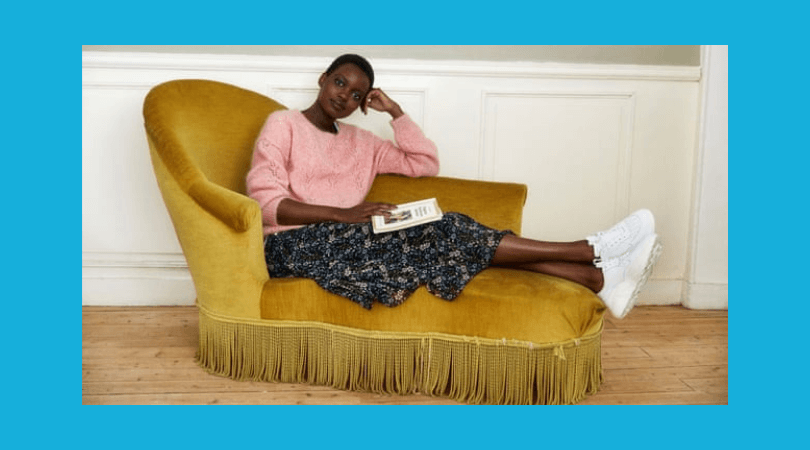 UK brand whose sales jumped 35% last year says it appeals to women not driven by trends.

PrettyLittleThing and Missguided have hit the big time selling £5 dresses and £1 bikinis to the youth market but another online British brand, Hush, is expanding rapidly in a backlash against fast fashion.

Sales at London-based Hush, which is run by a husband and wife team, jumped 35% last year to more than £40m as its jumpsuits and dresses found an audience among women aged 35 to 45 who, it says, “like fashion but are not a slave to it”.

“I’m not particularly interested in developing the next ‘It’ dress because by definition it is ‘It’ for a season and then not ‘it’ any more,” says Mandy Watkins, the company’s creative director. “A dress that you come back to time and time again because it makes you feel good is more interesting to me than being a slave to trends.”

The 51-year-old Australian, wearing turned-up jeans and a blazer, with her hair pulled back, looks like she has stepped out of the Hush catalogue. In 2003, she used a £40,000 redundancy cheque to start the company from her kitchen table, and says the relaxed Hush style reflects the way women dress in her homeland.

“You can’t help but make it about you,” explains Watkins, who moved to Britain to be with her now-husband Rupert Youngman, who is the company’s managing director. “There is a large element of me – me with longer, slimmer legs, the younger me, the older me. I have a 14-year-old daughter who wears our stuff. It is more of a mindset than a specific age.”

Hush’s rapid success has seen the company take over a maze of units in an unglamorous business park in Battersea, south London, where the rumbling of trains on the nearby main line provides a constant soundtrack. Watkins still oversees all the brand’s photoshoots – although these days the locations are closer to home as the couple juggle the parenting demands of their two children – while Youngman looks after the marketing and e-commerce.

“Our catalogues have always been about taking a lovely shot rather than having the model show off every feature of the product,” she says. “My points of reference [as an Australian] are different. There’s a British [fashion] aesthetic and a lot of British brands are doing that look and maybe ours is a bit different.”

The online retailer, which also has concessions in John Lewis and a small number of pop-up stores, started out selling pyjamas and cardigans but these days covers all wardrobe bases, and its dresses cost an average of about £80.

Sales at Hush increased by 35% to £40.3m in the year to the end of March but pre-tax profits fell back from £5.4m to £4.8m as the growing business invested in technology and expanded its head office. “We got to the point where we couldn’t continue to do it all ourselves,” explains Youngman of the business that is still 100% owned by the couple.

Hush recently hired its first sustainability and ethics coordinator and is also working with the Centre for Sustainable Fashion at the London College of Fashion, holding workshops for its staff. “We’re quite a sustainable brand in the first place because we’re not trend-led, but we decided we needed to educate ourselves quickly and catch up with the sustainable brands entering the market,” explains Watkins.

The online brand is succeeding at a time when fashion retailers with large store networks are being felled by rising costs as fewer shoppers opt to visit the high street. This month’s rescue of Karen Millen and Coast by the internet fashion group Boohoo will mean the closure of their 200 UK outlets as they morph into online brands.

Richard Hyman, an independent retail analyst, says part of the problem is that high street fashion brands have become “too corporate”: “These smaller brands [like Hush] are taking off because even though there is a massive oversupply of fashion, there is not genuine choice. It’s all very boring and the same. The big players are not commercial enough, their leadership teams are too far from the coal face.”

Watkins and Youngman, who like to spend their holidays going surfing with their kids, are certainly still turning up at the coal face every day. “We remember when Hush was a startup but even now mentally that’s exactly how we feel,” says Youngman of the business that now employs 126 people.

“Every single part of Hush is personal,” adds Watkins. “It comes from here,” she says, touching her heart: “Treat customers and staff the way you’d like to treated and you can’t go too far wrong with that.”